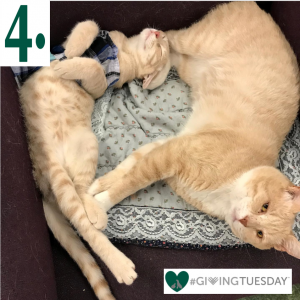 It was a beautiful spring day when infant Darrel was brought to the SPCA. He was just a few weeks old and had been found underneath a porch way up in the hills of the Lycoming Creek valley. 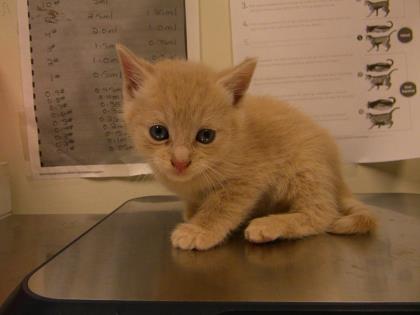 Baby Darrel upon intake at the SPCA.

He was just the cutest thing. All fluff and big eyeballs, with these little ears that went poking up at random. To give him his best start in life, he went to live in a foster home until he was old enough to be neutered and adopted. Now, it is not uncommon for tiny kittens to come in alone, but Darrel did not. Far from it, in fact! His finders found not just one kitten under their porch, nor two, but six kittens in all! Wow. With that many siblings, Darrel was indeed a social creature. But it was not with any of those brothers and sisters that he bonded. It was, in fact, with an unlikely fellow in need of a friend. 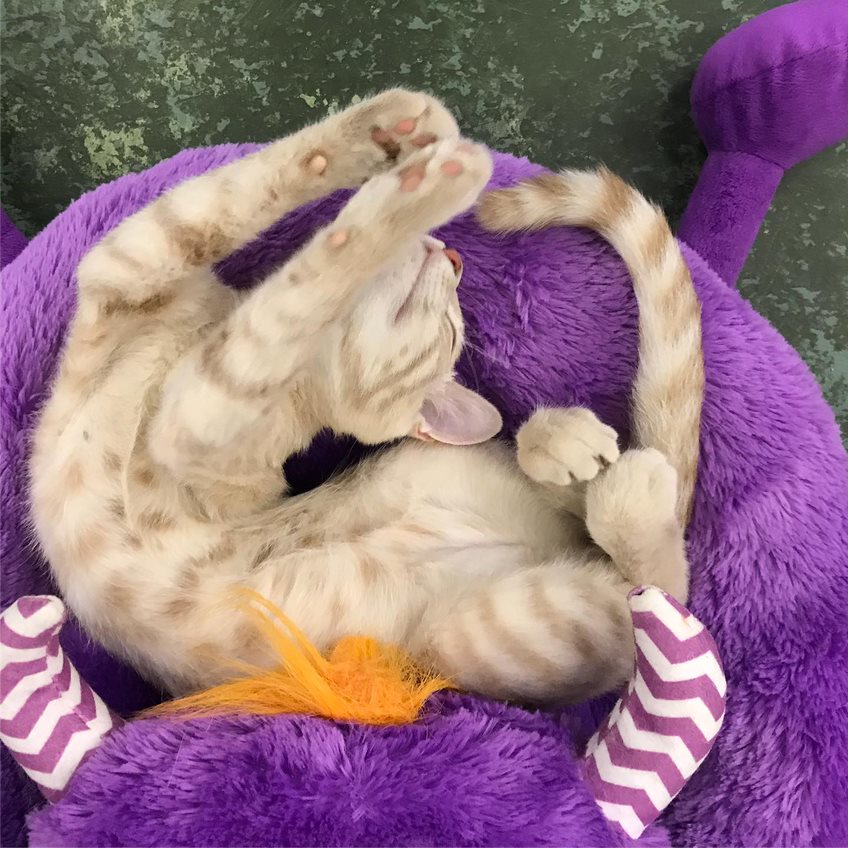 Darrel getting cozy for a nap. 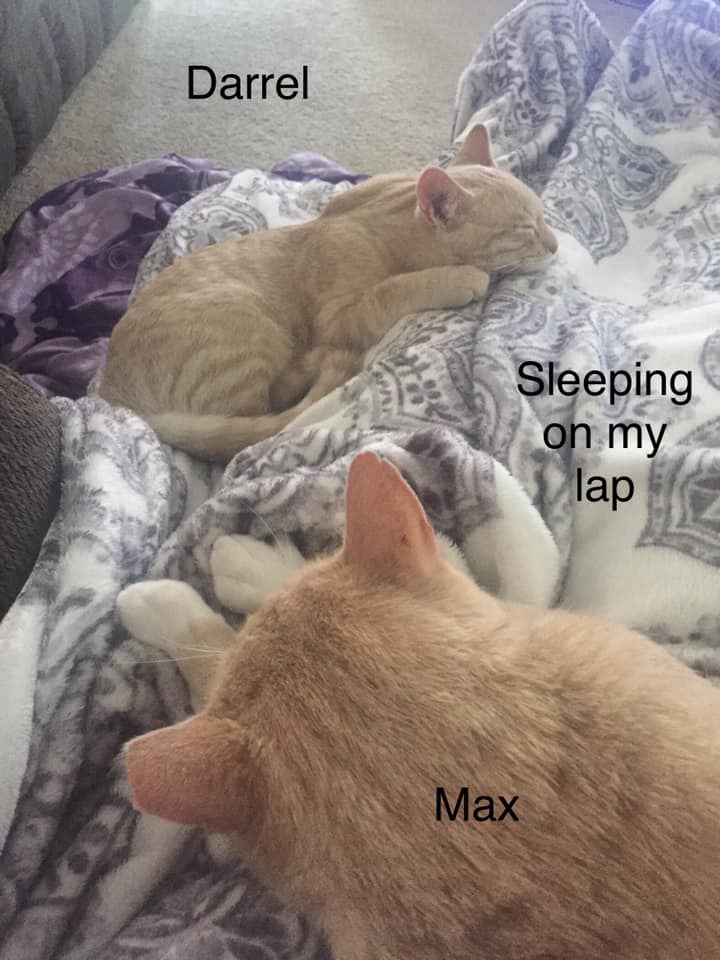 Darrel and Max came to love one another.

Max already had quite the story when he came in to the Beckoning Cat Project in Williamsport. He was a feral cat living with entropion. Entropion is a condition that causes an animal’s eyelids to curl inward and scratch at the eyeballs. Caring people observed Max and worked to trap him. Once trapped, they transported him to Beckoning Cat Project to be neutered and also to have his entropion examined. According to a Facebook post from Beckoning, “We say every cat has a story and Max sure had a village to make sure he would get his happily ever happy ending.” Their vet and her team “took Max into their hearts” and worked hard to correct his entropion. They even “forgave him when he bit out of fear and pain.”

It was during his recovery that the folks at Beckoning realized what a fabulous cat Max was becoming. They decided he would be a “wonderful candidate” for adoption and placed him in their Cat Tales Cat Cafe. It was at the Cafe that he met little Darrel. Darrel was at adoption age and had just been placed for adoption at the Cat Cafe, through a partnership with the SPCA and Beckoning.

The two became fast buds. It was funny and heart-warming to see the little striped kitten cozying up to the big, bad street cat. A generous sponsor offered to pay for Max’s adoption, as long as his adopter also adopted Darrel. It did not take long for a very willing adopter to step forward and welcome them into their hearts and homes. The pictures just say it all. And did you notice the heart-shaped hole that they formed when they were cuddling? May their unlikely friendship teach us all to love one another deeply! 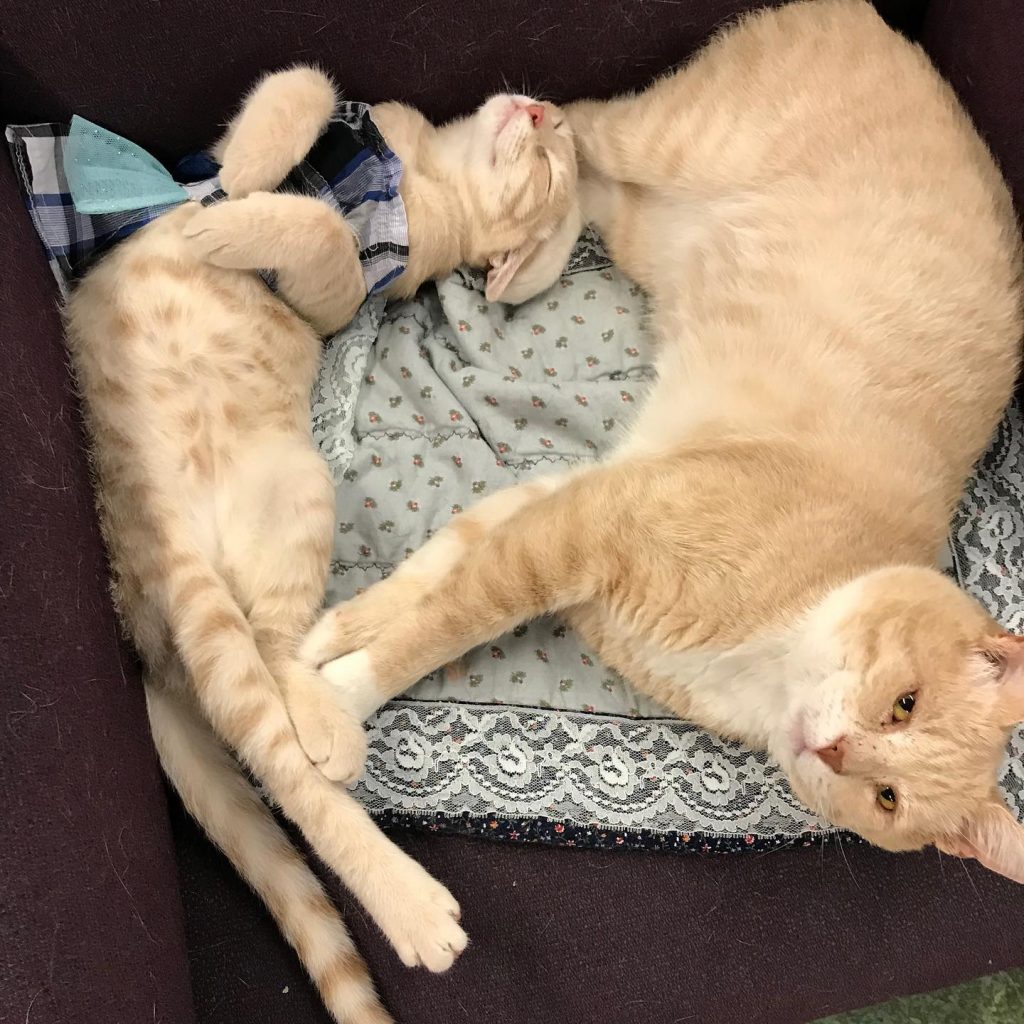 Even the empty space between them reflects the love of Darrel and Max.

Your gift this #GivingTuesday will aid cats in need, like Darrel and Max. One look at those happy faces and you know it will be worth it!

The SPCA Nursery
Oreo: A Warm and Fuzzy Adoption Story