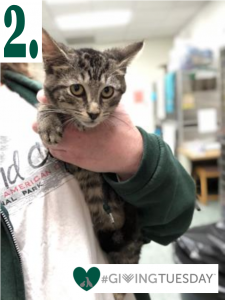 A new era dawned at the Lycoming County SPCA this past summer. We initiated a new policy for feral, or “community” cats. It was common for us to receive these cats from people who had trapped them, often hundreds a year. However, these outdoor cats rarely became social enough to adopt out and were often euthanized. Our Executive Director, Victoria Stryker, decided it was time to turn over a new leaf. We now do not accept trapped community cats. Instead, we offer financial assistance for folks to spay or neuter them and return them to their colony. This practice is known as Trap-Neuter-Release, or TNR.

Since that initiative, which began on June 10, we hired a Trap-Neuter-Release (TNR) Coordinator. She has assisted landowners with many, many cats since she began! And do you know what has happened? While we have certainly assisted with many adult cats, we have also come across a surprising number of little kittens who needed medical care. These fragile kittens often spend some time at the shelter as they recuperate, and as a result, they often became tame enough to adopt out. Needless to say, it has been an extra busy kitten season! So, for our second story in this year’s #GivingTuesday series, we thought that we would share the story of two kittens that came in through this year’s TNR efforts: Bubba and Casey. 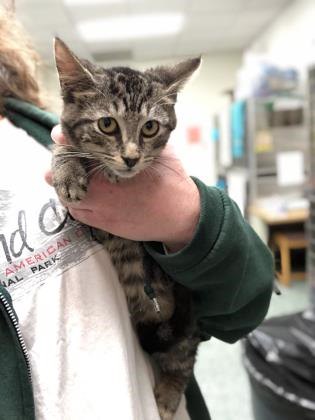 Bubba at the shelter. 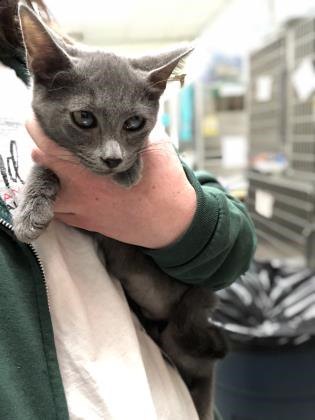 Casey, after he recovered.

Bubba and Casey were trapped as little kittens in a colony near Hughesville. They were very ill: their eyes were infected, they were flea-infested, and their ears, boy were they impacted. Casey also had terrible eye ulcers in both eyes. In short, they needed all kinds of help. The staff gave them vaccines, antibiotics, and many other medical interventions to help them survive. And survive, they did! Their Upper Respiratory Infections cleared up, as did their eyes. Alas, Casey’s eye ulcers did leave him with scars that will be on his eyes forever. That means that it will be like he is looking through a foggy window for the rest of his life. It does not appear to slow him down, though, for which we are grateful!

After they became healthy enough, they were neutered and then happily adopted … together. Many little kittens suffer the same kinds of illnesses out in the wild and we are thankful to have been able to do what we could to help ones like Bubba and Casey survive and thrive. Donate this Giving Tuesday will help us continue to reach struggling kittens when they need it most! 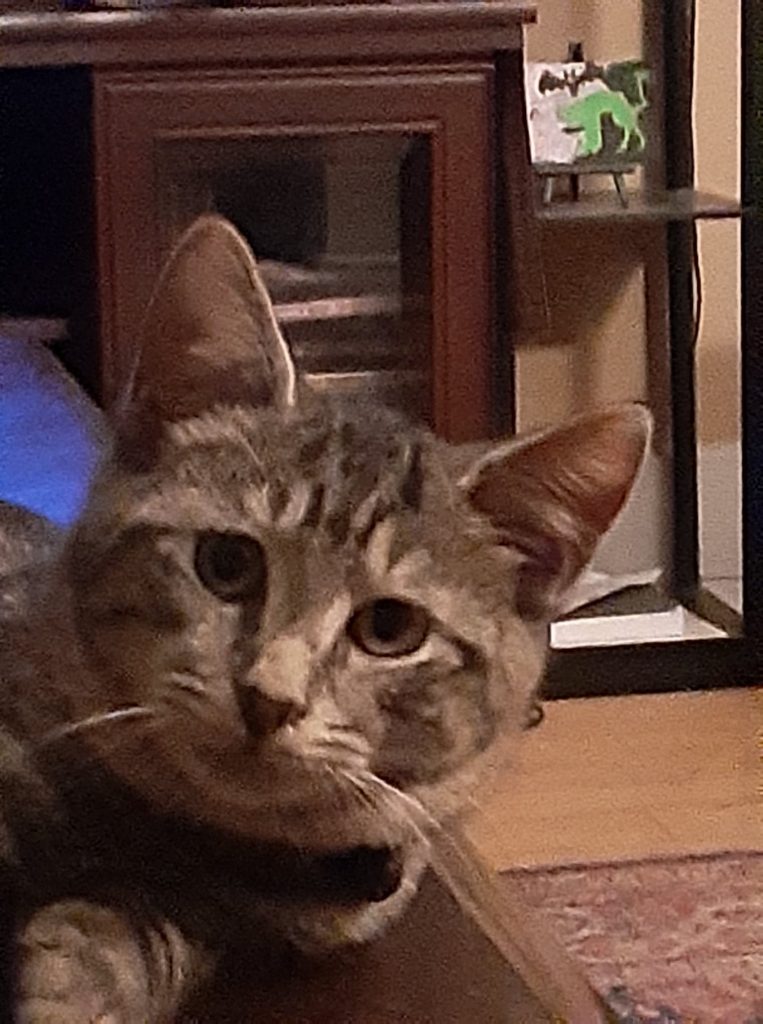 Look at that face! A curious Bubba in his new home. 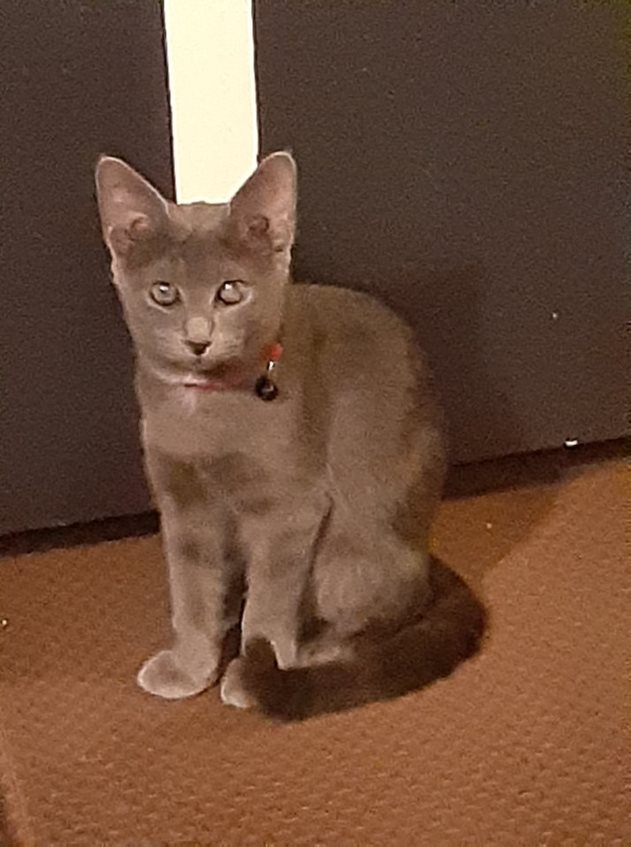 Casey has all the love he needs with his new family.

Oreo: A Warm and Fuzzy Adoption Story
Wascally Wabbits
The SPCA will be closed to the public for the next two weeks. We will provide essential services by appointment. Please call the shelter at 570-322-4646 to make an appointment. We are taking precautions to protect our staff and the public and appreciate your understanding during this time.