Titan and Tate: A Tale of Two Bunnies 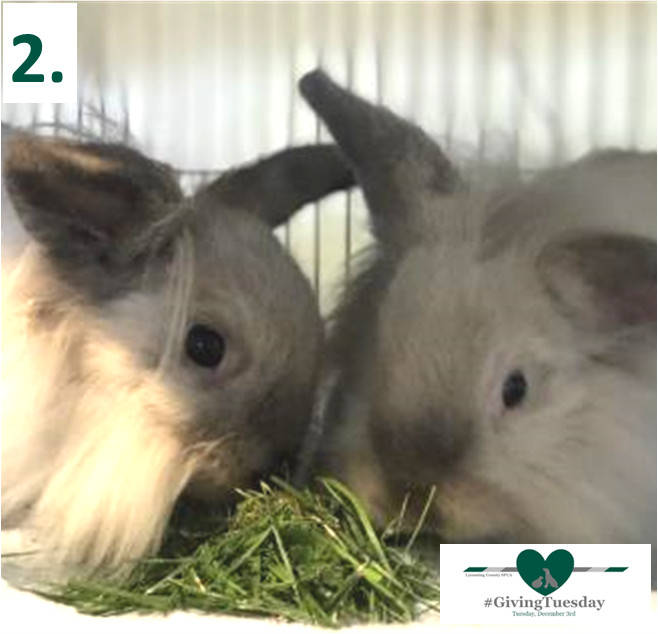 This is a tale of two bunnies. Once upon a time, in a land not so far away, two baby bunnies were born. The brothers were born into tight, crowded quarters and the home they were living in was soon declared unfit for occupancy. The boys’ owner had to move far away and she could not take the rabbits with her. Thus, officers were called and the bunnies were safely brought to the SPCA, in hopes that they would find sustenance, shelter, and love. Indeed, they did. A cozy home was set up in the lobby, filled with things that rabbits like best: hay, room to hop, and treats. The boys were still just babies and had a lot of growing to do. Shelter staff named them Titan and Tate. 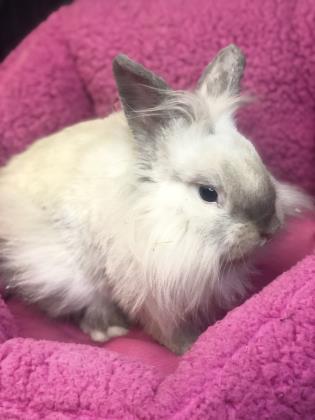 Tate is now sporting quite the furry coat.

As the boys thrived and grew, they preferred to each have their own pen, so as to flex their growing muscles and independence. They also became quite possibly some of the fluffiest bunnies the shelter had ever seen. They are now strapping young men at five months old, quite dashing in their looks. They are seeking a home and family of their very own, where they can become settled and pitch in with the general camaraderie. They are very grateful to everyone who helped make their rescue possible, especially to the donors of the SPCA who gave them a place to turn to in their hour of need. They express their gratitude by eating a lot of hay and, in general, hopping about. We are confident they will find their forever homes soon. 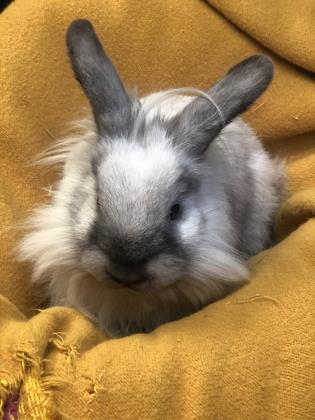 Titan is looking for a home of his very own.

Your donation this #GivingTuesday will continue to provide care for Titan and Tate for as long as they need it and provide resources to help rescue other small pets in need.