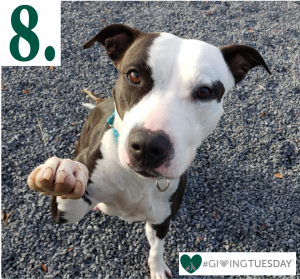 Happy Giving Tuesday! The day has finally arrived, and we have saved our piece de resistance for last. Today’s story features one of our most exciting shelter stories of the year. Drumroll….and….

It was early and it was steamy one morning this past July when a staff member came upon a shocking sight as she pulled into the SPCA parking lot. She did a double-take, but there was no denying that there was indeed a black-and-white Pit Bull tied to the stop sign at the entrance to our parking lot. Sadly, it is not uncommon for us to discover boxes of kittens abandoned at our doorstep, but a full-grown dog, now that is unusual! We named her Piper and brought her inside for a full exam. And what do you think we found during her exam? That we had not just one dog with us, but plenty! Piper was expecting, due any day it seemed, and with quite a large number of puppies, if her belly was any indication.

Six days later, Piper delivered twelve, let us repeat that, twelve healthy puppies. Talk about exciting! And talk about adorable! Each puppy was a variation of black and white, just like their momma! We all could not help taking peeks into the birthing room as we exclaimed in wonder, “How many more is she going to have?!” 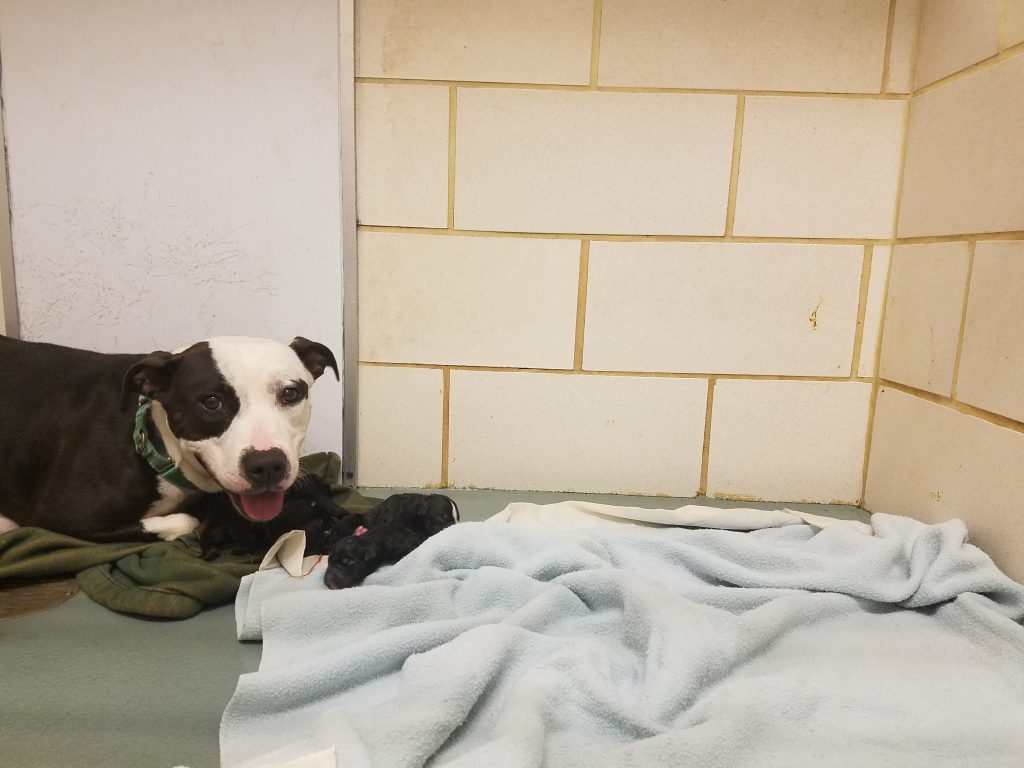 Look at that smiling mama! 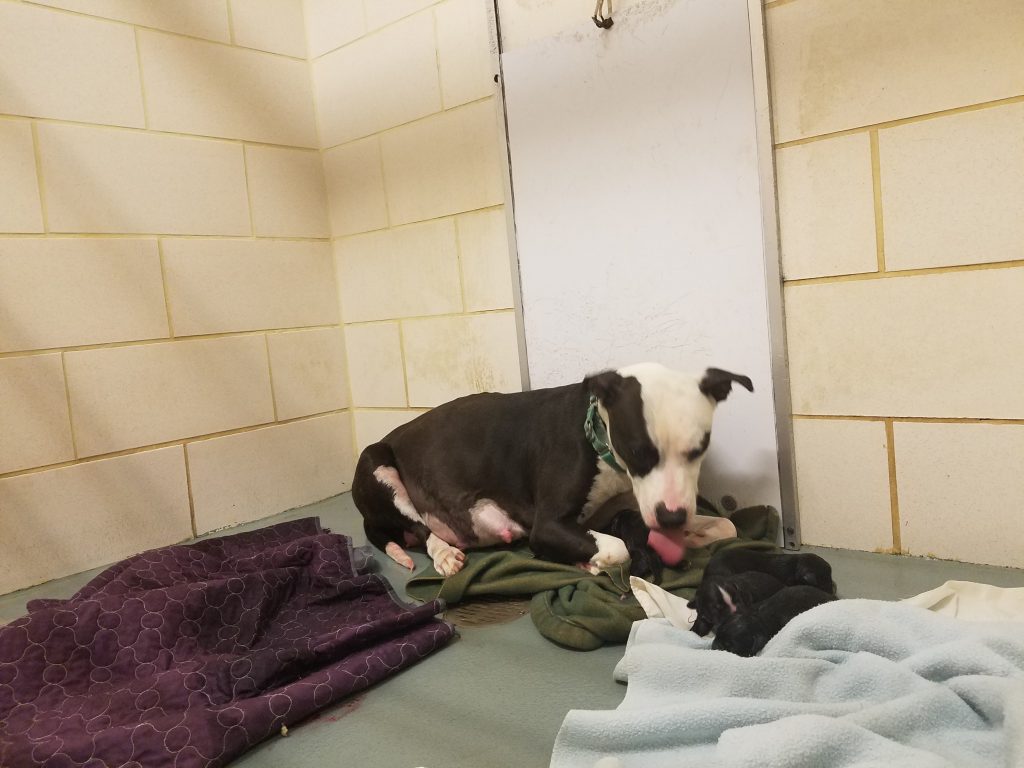 All of the pups were born healthy, but twelve is a heavy load for any mother. As they grew, kennel staff noticed that a few of the puppies were being pushed out during feeding and were not developing as well as their siblings. Kelli, Animal Team Leader, decided to take the three smaller puppies to her home and foster them until they were old enough to be adopted. In their foster home, the puppies got better access to  food and packed on the weight!

The thirteen dogs quickly outgrew their kennel, so they were placed in a much larger, temporary kennel in our garage. Here, they had room to grow, play and nap – and they sure did all of those things! When the pups turned eight weeks old, they were ready for forever families. It took about four days for all twelve puppies to be adopted! 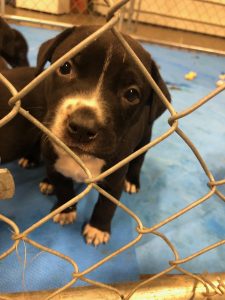 Look at that adorable face.

A puppy on adoption day! 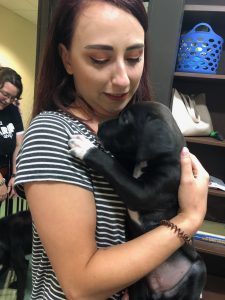 Each puppy has a home for the holidays. 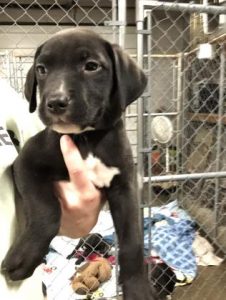 The puppies were named after states (Tennessee, Nebraska, etc) 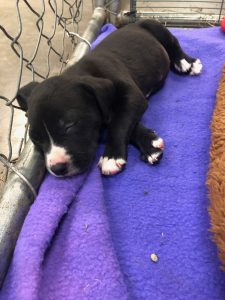 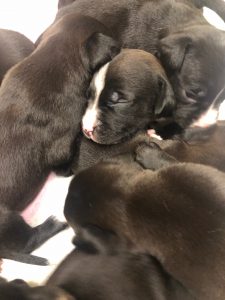 But what about Piper? Her mothering time over, she now was able to be placed for adoption, as well. After all she had gone through, Piper needed someone special to love her. It took just about a month after her children were adopted when Piper’s adopter came knocking! She was a little nervous, but she got all dressed up and did her best. She was so pleased to have a home at last. Your generous gift today will help care for homeless pets like Piper and her puppies, helping them when they need it most!

A Survival Story
We are open by appointment. Please call 570-322-4646 for your appointment. We ask that you wear a mask when you come in. The SPCA is following CDC and PA Dept. of Health guidelines by limiting the number of people in the shelter, social distancing, and sanitation. We appreciate your cooperation.