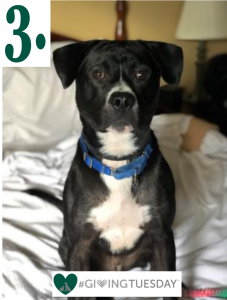 Happy Thanksgiving! As we celebrate all that we are grateful for, we thought we would dive in and serve up a good, old-fashioned dish of warm and fuzzy adoption story.

Meet Oreo. Oreo came in to the SPCA as a stray last December. It was cold, it was right after Christmas, and oddly enough, he was just ten months old! You would think that someone would come looking for their young pup, but oddly, no one came in to claim him.

Now, usually, young pets get adopted quickly, and we assumed that the same would be true for Oreo. But instead, he began to become very stressed in his kennel and in the busy shelter in general. He would jump in his kennel, bark at the dogs, and try to get attention. He began to be reluctant to go back into his kennel (which is understandable), but he also became a “door rusher” whenever someone came to take him out. He was mouthy, excitable, reactive towards other stressed dogs, and in general, needed a lot of obedience training before we felt comfortable adopting him out.

Thankfully, volunteers came to the rescue! Two ladies, in particular, Ann and Amy, worked and worked with Oreo. Amy even took him for an overnight stay at the Genetti Hotel! This helped him get him out of the shelter and spend a night in a home-like setting. Ann came often and patiently affirmed Oreo that he could learn to relax and practice basic manners. 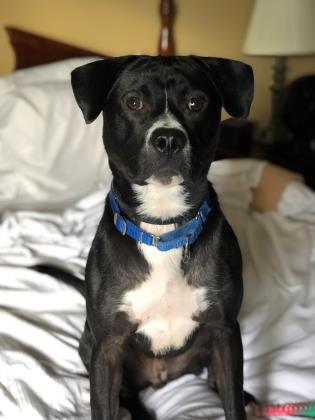 Oreo spending the night at the Genetti Hotel. 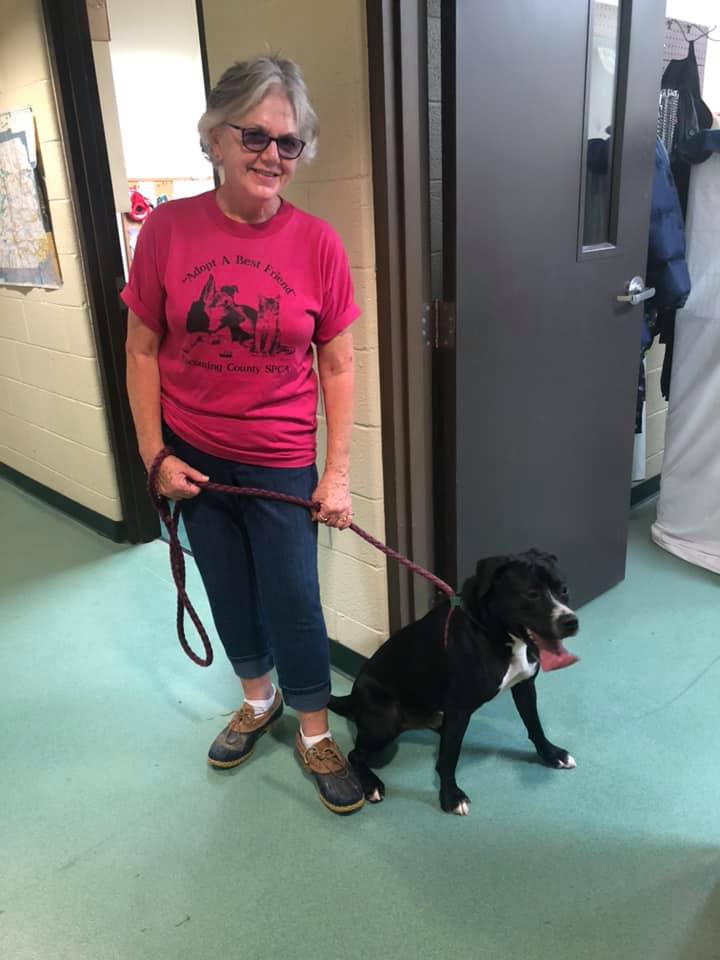 It was nine months before Oreo was available for adoption, but it was all worth it when his big moment came. On October 7, he took his freedom ride home with his new Dad and fur-brother, James. “We are both so happy but will miss that crazy boy,” said Ann and Amy.

When pets young and old find themselves as strays in Lycoming County, where can they go for help? The Lycoming County SPCA was organized for just such a situation. Your gift this #GivingTuesday (Tuesday, December 3rd) will help our shelter continue to provide a home-between-homes for homeless pets. Happy Tails, Oreo! 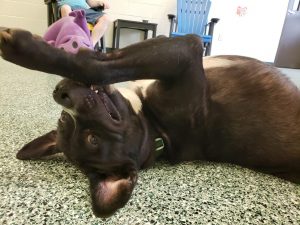 Oreo found his forever home after 9 months of training at the shelter.