Kittens Saved from Under House 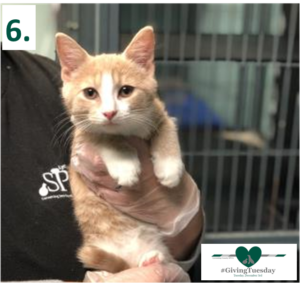 For our final story in this year’s #GivingTuesday series, we are sharing one of our most heartwarming stories of the year. It was the middle of September when Sam’s finder discovered him and his four littermates under a house. The house was abandoned and how long the kittens had been living there is anyone’s guess. They were a little over five weeks old but were so malnourished that they appeared about half their size. The littlest one weighed just 245 grams, or half a pound. They should each have weighed about a pound and a half! 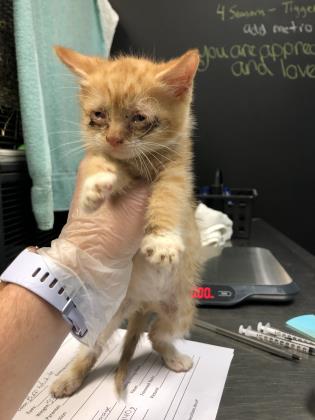 The finder was able to rescue the kittens and bring them to the Lycoming County SPCA. Oh, you should have seen them. When they arrived at the intake room, they were incredibly sick. They were filthy, reeked of many things, and were covered in fleas, feces, and urine. Their eyes were so infected that they were swollen with a thick discharge and their third eyelids were covering their eyes. Each of them was thin to severely emaciated. A silver living: they were able to eat mush canned food on their own. As anyone who has had a pet can attest: getting a pet to eat when he is sick can be the hardest thing! Thankfully, they did show interest in eating and they continued to do so at their foster home.

The kittens, named Dean, Sam, Meg, Cas, and Crowley, were treated for their fleas and infected eyes. They were so small that some of the typical intake procedures, such as vaccines, would have to wait until later. They were also given dewormer and probiotics and a heroic foster mom took them home to care for them. She began to give them baths with Dawn soap to get rid of the fleas and continued to monitor their daily progress. Two of them developed such sore bums that they had to go to a special veterinarian visit. But, despite all that was against them, the kittens began to regain strength bit by bit. 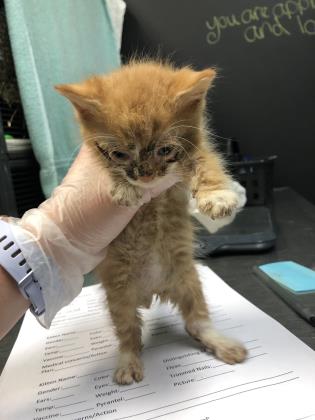 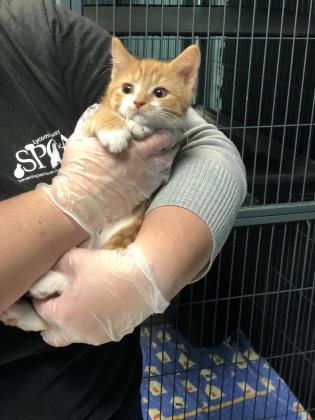 Then, as often is the case with kittens, sickness struck. The kittens came down with upper respiratory infections and needed medication. Upper respiratory can be a deadly illness for cats, little kittens especially. Thankfully, the kittens again each battled back to good health and soon were bouncing around with feisty kitten energy. They were able to get their vaccines and became some of the cutest, plumpest kittens that you ever did see. Today, they are ready for their next big adventure: finding forever homes! 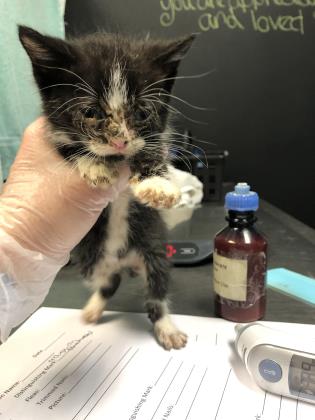 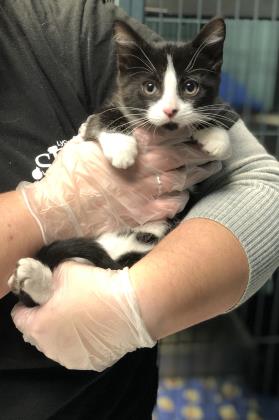 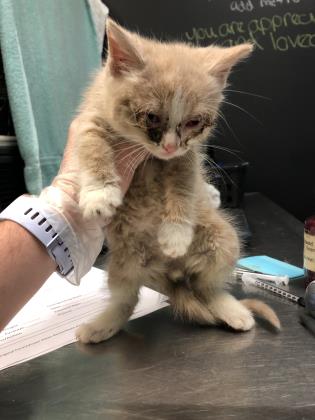 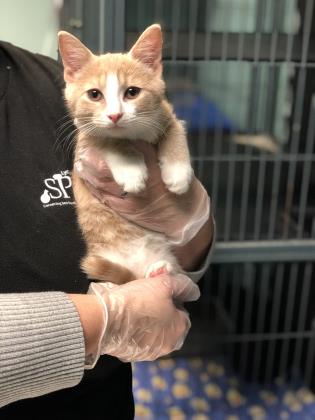 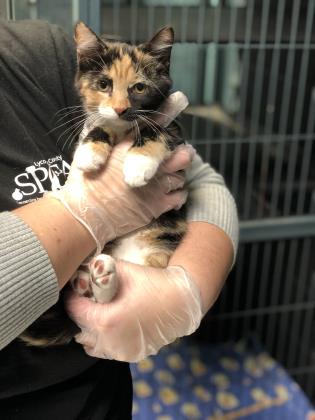 Meg today – and she has been adopted!

The kittens’ second chance at life would not have been possible without the support of donors like you. Your gift this #GivingTuesday will help little ones like Sam receive lifegiving care when they need it most!