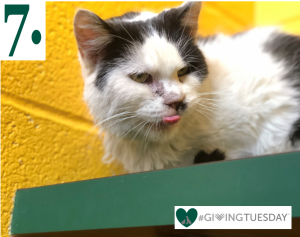 Looking up into a cage full of metal. Faces peering down, talking, examining, looking concerned. Sienna’s life had taken a major turn in the last twenty-four hours. Earlier that day, she had been living in her owner’s home, a home that she had likely called her own for many years. She knew its ins and outs, she was comfortable there. Here, at intake at the Lycoming County SPCA, everything was new and unfamiliar. Her owner had passed away several days or a week prior. No one knew. And no one had known that his cats were sitting alone in the house in the heat of summer, unattended and desperate for a rescue.

We became aware of Sienna and her condition when a county official called. The official had visited Sienna’s home and found cats running to her for food and water. She provided them with what little she could find, a few crackers and some water. Our Humane Officers promptly responded and found nine cats in all. And let us tell you, those cats were in rough shape. 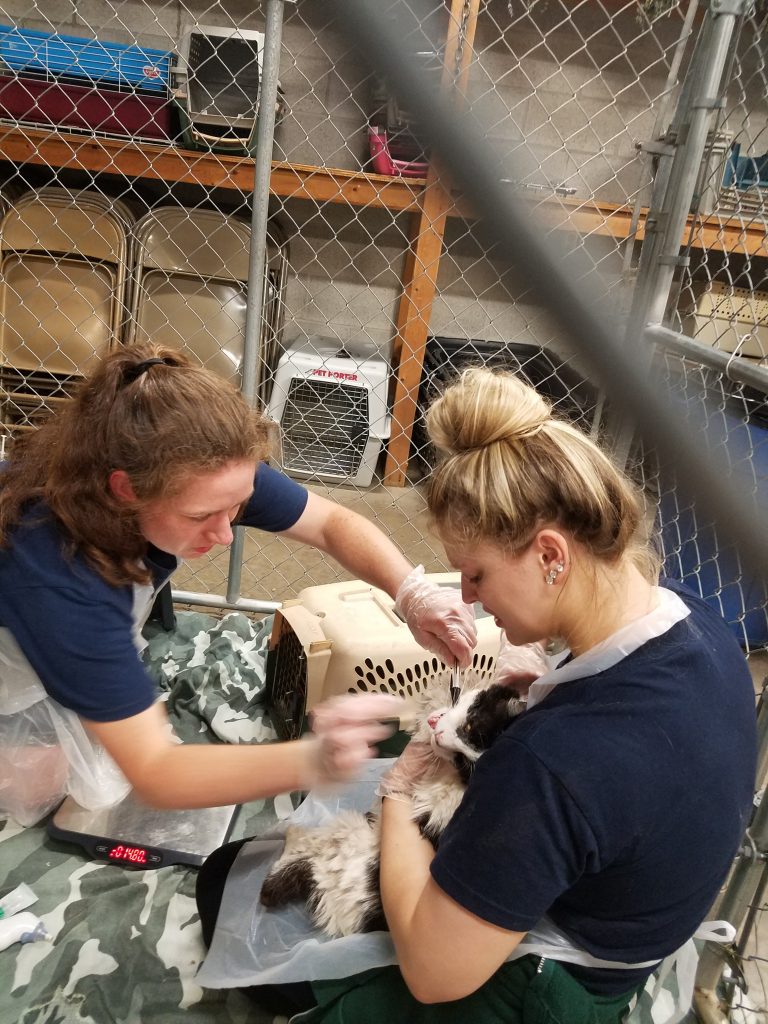 Staff members treating one of the cats. 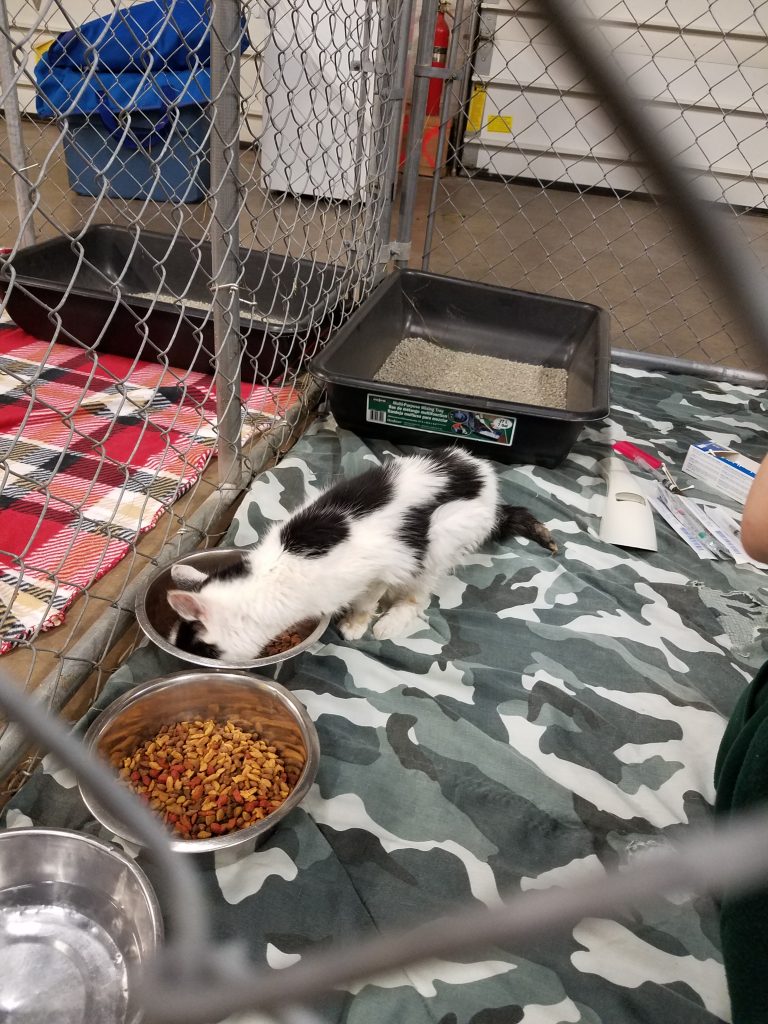 The cats were provided with food and water. 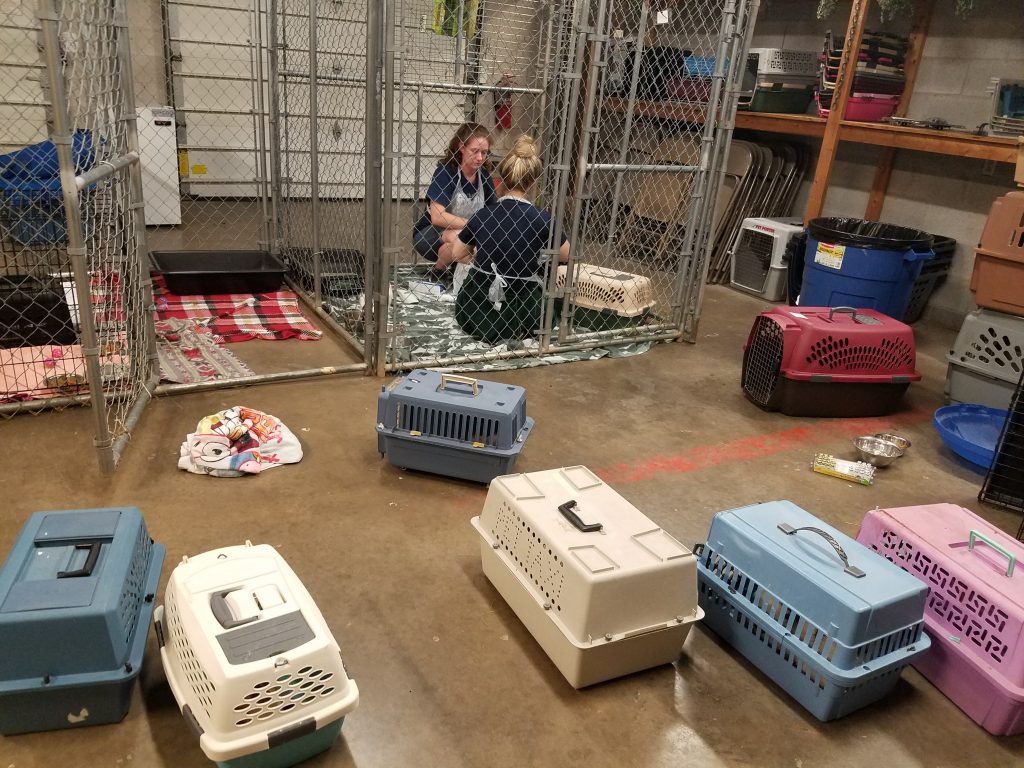 Nine cats were found in the home.

They were all severely dehydrated and emaciated, with infected ears and very matted fur. They were infested with fleas and had rotting teeth. To be honest, we were not sure if they were going to pull through. Sienna was one of the adult cats, one with some of the most medical challenges. A senior, at around twelve years old, she was very shut down and terrified when she arrived. “Unfortunately, we had to give her fluids and meds every day which made her even more wary of us initially,” says Kelli, Animal Team Lead. Once she had gained enough weight, she was given a much-needed dental treatment and she was spayed. Now that we are done treating her medically and poking and prodding her every day, she has relaxed and begun to warm up to us. We are not sure what her “normal’ will be, as we are not sure what all she has experienced in her life. But we know that whatever she needs, she will find it here, for as long as she needs it. 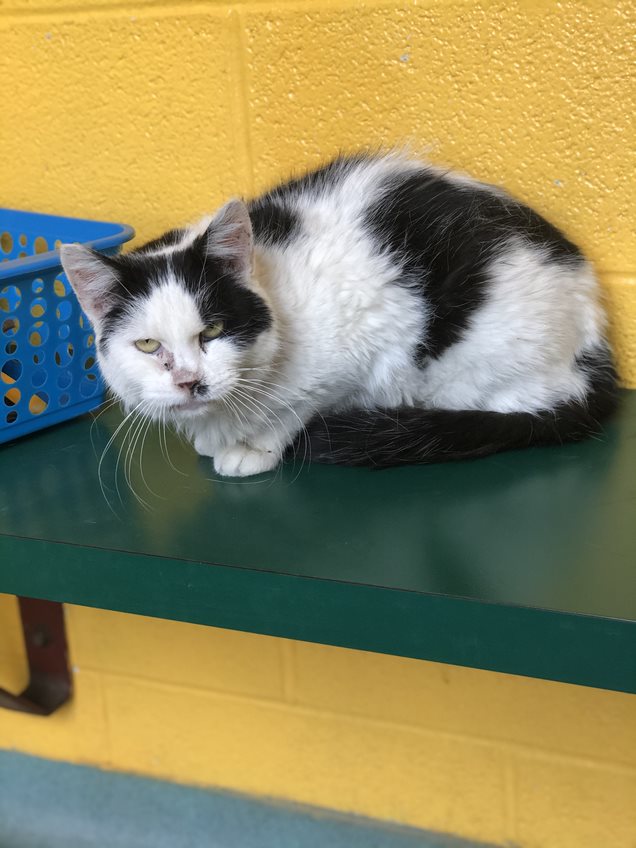 Sienna is working hard at coming out of her shell.

“When you approach her in the cage or quickly, she will still hiss and shrink away, but once we talk to her gently and softly pet her, she does warm up nicely,” Kelli goes on to say. “Being picked up still makes her panic, but we continue to do so so we can slowly work on her matted hair. She does seem to enjoy being brushed, which makes it easier. Her new home will need to be patient with her and start her off in one room, this is all new to her and she gets overwhelmed easily. It may take several weeks or longer for her to start behaving like a ‘normal’ cat, but she deserves nothing less than the warmest, comfiest, most loving home possible.”

Cats like Sienna have few options when they find themselves sick and alone. You can help be their voice and rescue them in their time of need! Your gift this #GivingTuesday will accomplish just that! If you are looking to have a long-standing impact, sign up for a recurring pledge. As a special treat, for every five recurring pledges made this #GivingTuesday, one pet’s adoption fee will be sponsored!

Dog Delivers Twelve Puppies
A Fairytale Ending
We are open by appointment. Please call 570-322-4646 for your appointment. We ask that you wear a mask when you come in. The SPCA is following CDC and PA Dept. of Health guidelines by limiting the number of people in the shelter, social distancing, and sanitation. We appreciate your cooperation.