Dallas Rides into the Sunset: Home at Last! 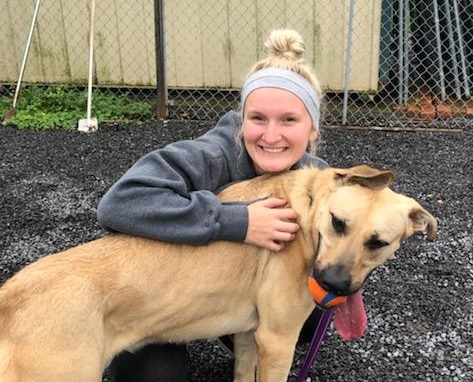 You could see it in his eyes. The big fella was confused and nervous. Dallas had lived with his owner for just four months when he was surrendered to the SPCA because of landlord issues. At barely one year old, the lean German-Shepherd-mix had been bounced around quite a bit and was lacking manners and socialization. It appeared that he had not had much exposure to a variety of humans or situations. The main adoption floor proved to be too stressful for him, so he was placed in one of our quieter kennels in the back of the shelter to de-stress.

Weeks passed, and Dallas was still struggling to adjust. How could the shelter staff help him? Well, how about some good old-fashioned loving? Someone to show him the ropes and gently introduce him to wider circles of exposure? Nicole, one of our Kennel Attendants, was just the girl. Nicole had been working at socializing another shelter dog when she first met Dallas. “He seemed like a handful,” she remembers, “and I was unsure if I wanted to try and train him.” The young guy’s exuberance proved to be a bit much for other shelter trainers, so Nicole took him under her wing.

“Dallas was intimidated by direct eye contact,” Nicole says, “and new people frightened him.” To help Dallas, Nicole slowly began to expose him to the hustle and bustle of the front counter and lobby. First at a distance, and then a bit closer up. He also met staff relaxing on break and working in their offices. Freedom Runner walks (a program where volunteers take shelter dogs on long walks in the community) helped him get out and about. “It took months for him to settle and required a lot of exercising his agile mind and body, but he did begin to overcome his fears!” Nicole triumphantly states.

One year after his arrival, he was proudly moved out onto the main adoption floor. After a few adoption inquiries that did not pan out, Brooke and Sam walked in. “When we first walked into the SPCA, we had two dogs in mind,” Brooke says, “However, once we got to the very last kennel on the right, we spotted Dallas. Although he seemed a little uneasy, there was something about him. We wanted to get a chance to meet him, and when we did, he had a completely different personality. He was so playful and sweet. We knew from the very first time we laid eyes on him we wanted him.” 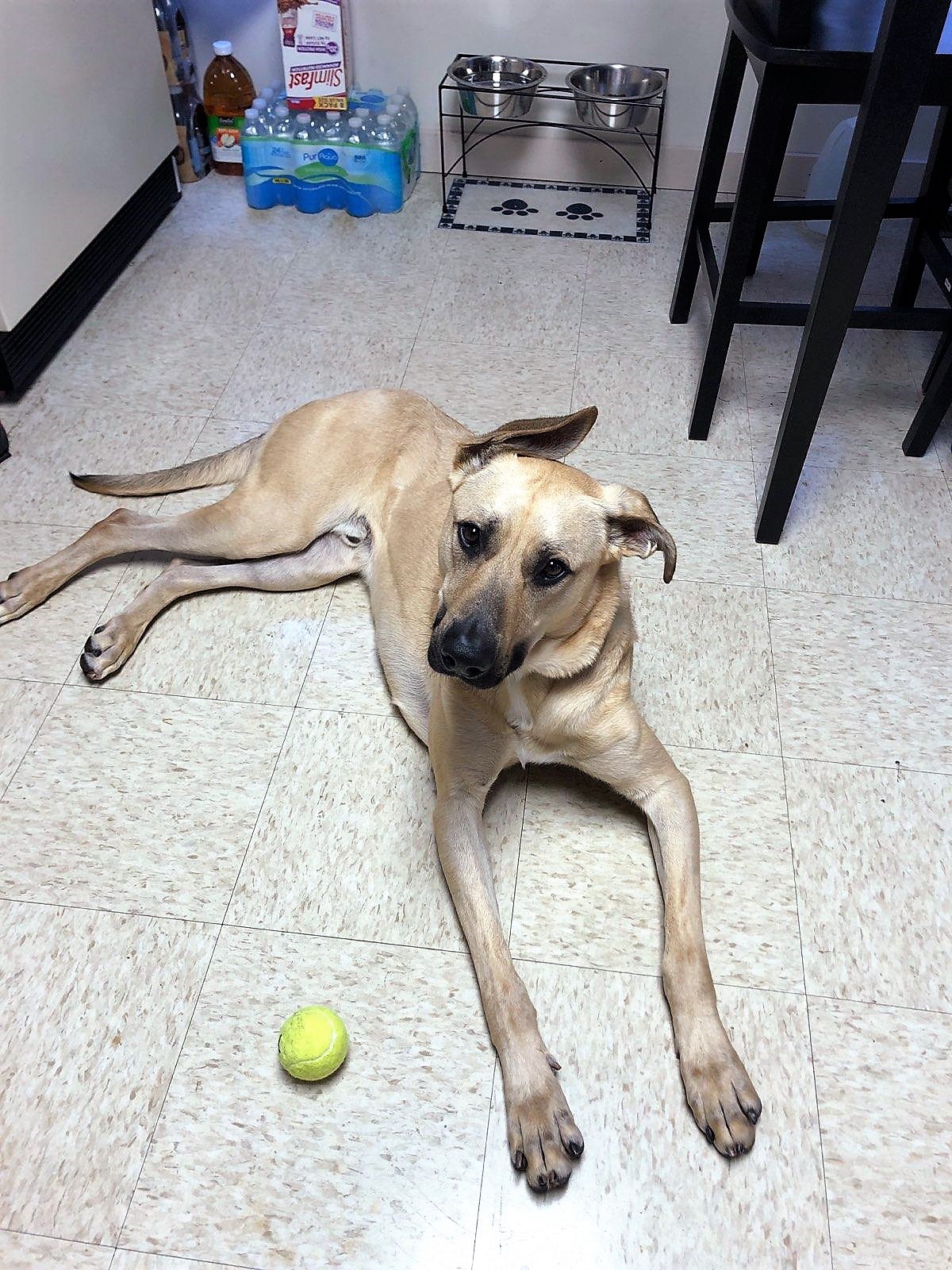 Dallas relaxing at his new home. 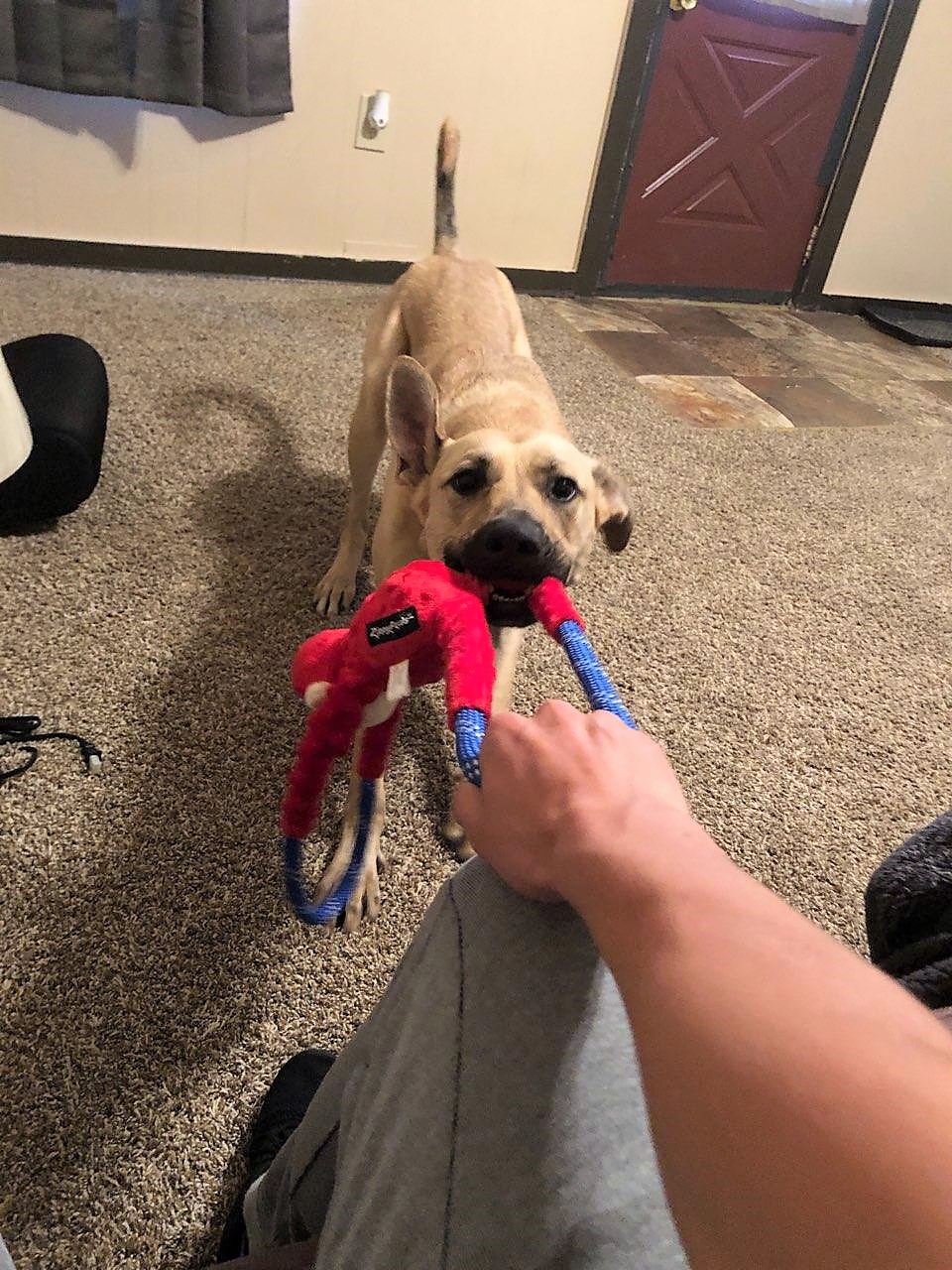 Several visitations and a house check later, Dallas was home.  “He is doing so well!” his proud momma states. “He goes for walks every morning, plays with tennis balls and other toys, and loves to cuddle. We are so grateful to have the opportunity to be a part of his life.” So are we. Congratulations Dallas and family!

Interested in adopting? Check out our Adoptable Pets Here

Tiny but Mighty - Kittens on the Front Lines
Rescue Story: Cat Tangled in Net in Middle of Winter
The SPCA is closed to the public. We are providing essential services, including adoptions, by appointment. Please call the shelter at 570-322-4646 to make an appointment.