Chicken Rescued from the Streets 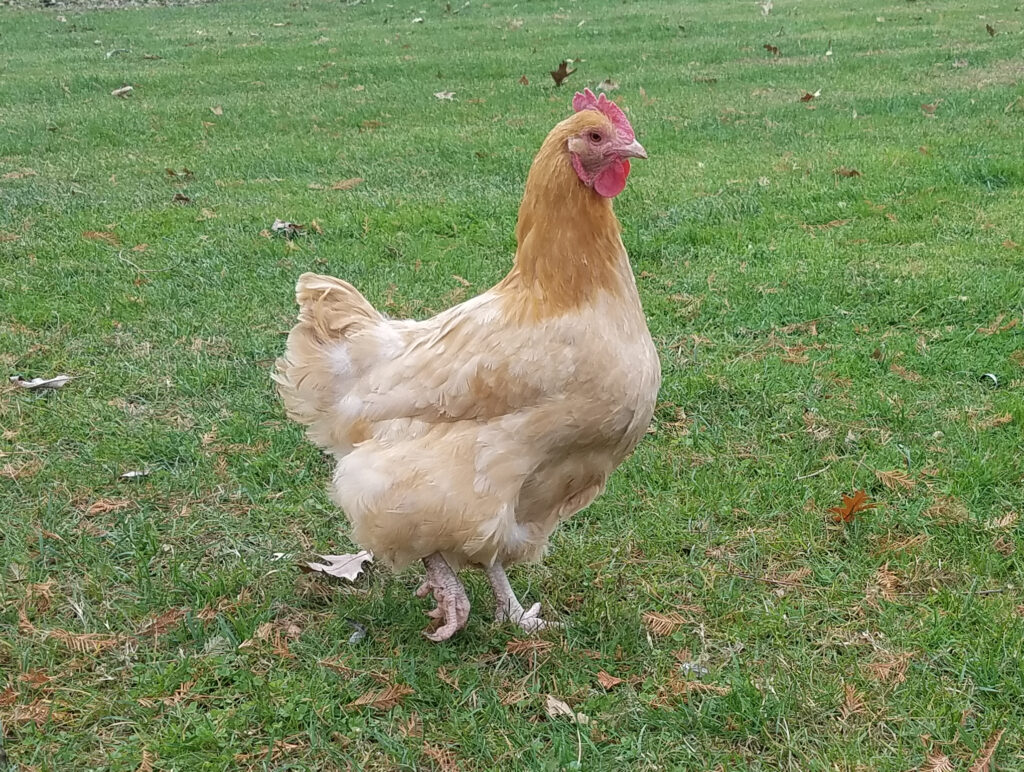 So, just how did Betsy the chicken end up in the back of a police car? Let’s just say that the little lady arrived at the Lycoming County SPCA in style. She was escorted by not just one, no, but two police vehicles. The plucky chicken had been found wandering as a stray in downtown Williamsport. A concerned citizen called the police and they came to the chicken’s aid. “We made the new guy catch her,” the policemen joked as they dropped her off at the SPCA. Sounds like a humorous sight to watch! Once at the SPCA, staff members were able to calmly retrieve the chicken from the back of the police car. She was missing some tail feathers and looked as if perhaps she had been in a scuffle, but she appeared in good health overall. She was given food and water and a quiet space to adjust.

It just so happened that it was the birthday of Jan Smith, the mother of Animal Team Leader, Kelli Smith. Jan has been known to enjoy the company of chickens in her backyard, so Kelli surprised her mom by bringing Betsy home as a birthday gift that night. Kelli figured they could at least foster Betsy until a home could be found. Well, the rest, as they say, is history. Jan was delighted to welcome Betsy into her flock and adopted her. Betsy is slowly adjusting to country life. At first, she kept to her self, but now she pals around with a little buddy, a golden hen who looks a lot like her.

SPCA supporters like you help homeless pets like Betsy find safety and love every day. Thanks to you, Betsy can look forward to happy days ahead!

Georgie Porgie: A Heartwarming Tale
Ready for Love: Brutus' Story
We are open by appointment. Please call 570-322-4646 for your appointment. We ask that you wear a mask when you come in. The SPCA is following CDC and PA Dept. of Health guidelines by limiting the number of people in the shelter, social distancing, and sanitation. We appreciate your cooperation.