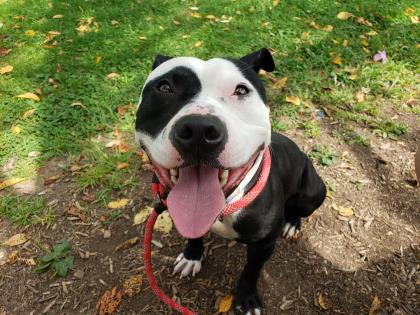 October is National Adopt-a-Shelter-Dog Month and National Pit-Bull Month, so who better to spotlight than a dog who exemplifies both? Meet Panda.

Panda’s story parallels many a pitbull’s story here in America’s shelters. He arrived as a homeless pet when he was just one year old. He had remarkable, handsome markings, yet one look at his high cheekbones and blocky head, and caregivers knew that it would be more difficult for him to find a home because of his appearance. 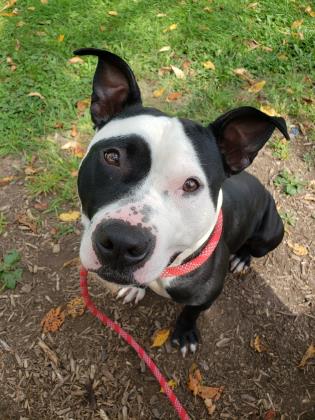 There is quite a bit of confusion and debate around pit bulls. Some organizations claim it is a breed (such as the United Kennel Club (UKC) and the American Dog Breeders Association (ADBA)), while others don’t (ie: The American Kennel Club (AKC)). Regardless, all pit bulls came from common ancestors in England. They were bred from mixing bulldogs with various terriers, commonly to bait bulls or bears in a ring, or pit, for sport. Thus came the name “pit bull.” They made their way to America in the mid-1800s and developed into the American Pit Bull Terrier.

The UKC describes an American Pit Bull as commonly exuding: “strength, confidence, and zest for life. This breed is eager to please and brimming over with enthusiasm. APBTs (American Pit Bull Terriers) make excellent family companions and have always been noted for their love of children. Because most APBTs exhibit some level of [inter]dog aggression and because of its powerful physique, the APBT requires an owner who will carefully socialize and obedience train the dog.” 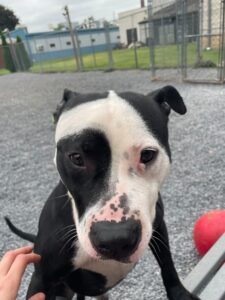 Panda arrived after experiencing a tumultuous past and a lack of socialization. He was wary around people and other animals. In fact, new experiences, in general, spooked him. Once you gained his trust, however, he had a way of looking at you that just melted your heart.

Caregivers lost no time in showing Panda just how loved he was. Volunteers began to introduce themselves and take him out for walks to get him used to new people and places. Slowly but surely, Panda began to see himself in a new light, as a capable companion. Except for on his walks…that boy would flop himself down in the grass and refuse to move. Volunteers joked how much they loved “that lazy bum.” Others were pretty sure he wore himself out with all the energy he exhibited in his kennel. Until that is, you opened the door, when he would stop and greet you with a suave “hey.” 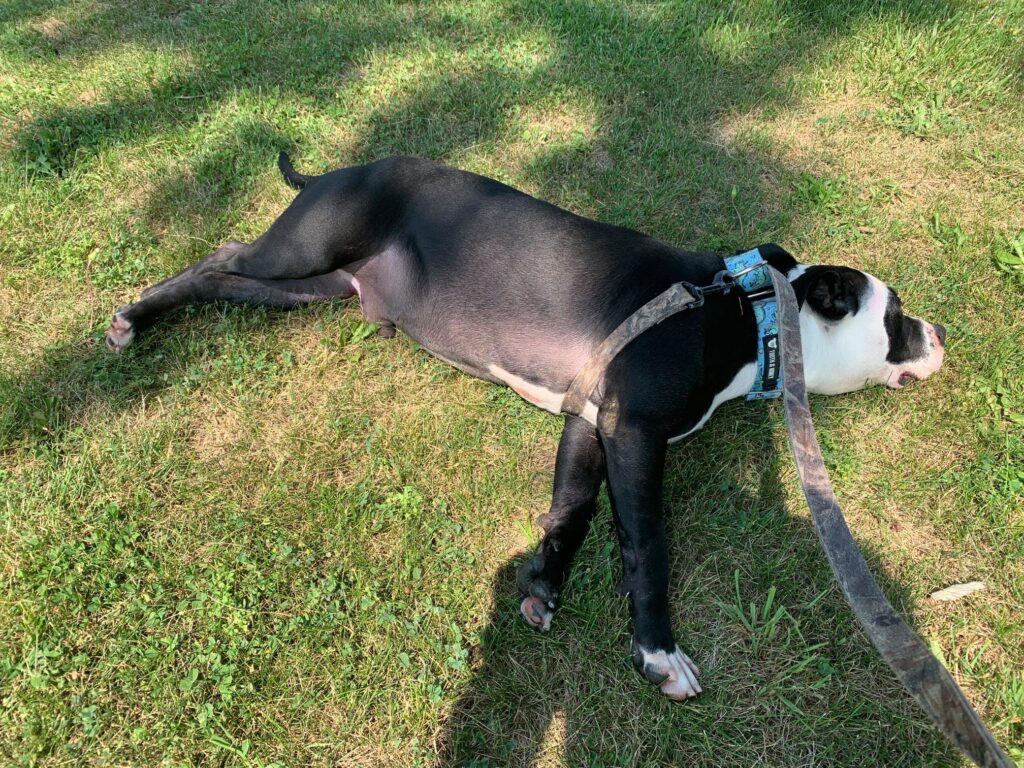 All of the hard work paid off. Panda rode off into the sunset with his new dad this past summer. His forever home is out in the country where he has plenty of space to well, lie in the grass, and live his best life. 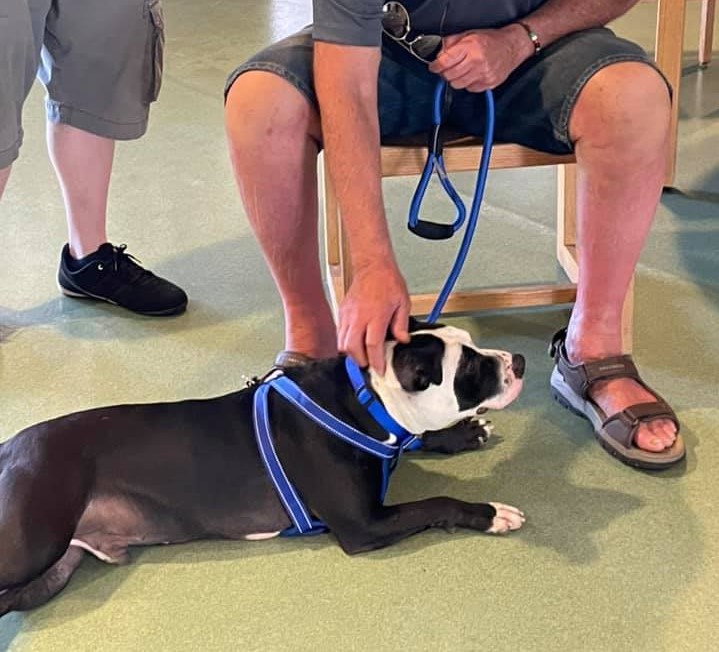 Panda getting a head scratch from his new dad.

Thanks to You, Thousands of Lives Saved
Couple drives hundreds of miles to adopt bonded brothers